Admittedly, I used to hold the concept of the Hall of Fame in the highest esteem. When I was a kid reading as much about baseball as I possibly could, Hall of Famers were flawless demigods from a thousand years ago who pitched comets and swung bolts of lightning.

My parents took me on a pilgrimage to Cooperstown when I was in fifth grade, and I dutifully took pictures of the plaques for Babe Ruth, Joe DiMaggio and personal favorite Ty Cobb. As recently as a few years ago, I vowed to be in Canton when Dan Marino was enshrined into the football Hall.

As have many of my stances, my position has changed quite a bit over time. MarinoÃ¢â‚¬â„¢s big day came and went; I never even made the conscious decision that it was too much of an effort to make the trip from New Jersey. I spent a couple days in Springfield, Mass., for a prep basketball tournament last winter and declined to check out the Basketball Hall, though I drove by it several times. (It was really cold outside.)

The baseball Hall, in particular, seems more and more laughable to me, a morality-soaked tug of war between old school Murray Chass types and new-age Dave Cameron-ites. Omar Vizquel is probably going to make it to Cooperstown, while Barry Bonds probably wonÃ¢â‚¬â„¢t, which pretty much tells you everything you need to know.

Plus, IÃ¢â‚¬â„¢ve gotten to know a few baseball Hall of Fame voters, and though some are sharp, by no means does that apply to all of them. One in particular, I wouldnÃ¢â‚¬â„¢t rely on to vote on what I have for lunch. For the most part, I tend to laugh off most Hall of Fame debates Ã¢â‚¬â€œ that donÃ¢â‚¬â„¢t involve Bonds Ã¢â‚¬â€œ as the harmless rantings of fans, and fans with press passes.

END_OF_DOCUMENT_TOKEN_TO_BE_REPLACED

I watched Bryce Harper go through the motions last Friday night, his attention to detail and serious countenance connoting a longtime veteran of the sport.

I listened as the 18-year-old Harper, sporting a ridiculous mustache, crafted a respectful and droll media presence, relaying with an underlying trace of irony to a group of reporters that he was Ã¢â‚¬Å“trying to get better every dayÃ¢â‚¬Â — repeating that four times in the course of a minute.

A little later, I was down in the tunnel talking baseball with Hagerstown hitting coach Marlon Anderson when I heard a bit of commotion coming from the visitorsÃ¢â‚¬â„¢ clubhouse. I looked over as a shirtless and smirking Bryce Harper emerged from the clubhouse, pointed at a teammate and hollered, Ã¢â‚¬Å“Better be careful, or that bagÃ¢â‚¬â„¢s gonna be gone when you get back.Ã¢â‚¬Â

This was the Bryce Harper IÃ¢â‚¬â„¢d been waiting to see all night.

END_OF_DOCUMENT_TOKEN_TO_BE_REPLACED

I often have my packages delivered to my parentsÃ¢â‚¬â„¢ house since I live in an apartment, and when my father recently dropped off a delivery I had been eagerly awaiting, I immediately tore it open and pulled out a jersey I would consider a holy grail.

My dad took one look at my new Barry Bonds Ã¢â‚¬Å“Turn Ahead the ClockÃ¢â‚¬Â jersey and said, Ã¢â‚¬Å“Son, thatÃ¢â‚¬â„¢s the ugliest jersey IÃ¢â‚¬â„¢ve ever seen.Ã¢â‚¬Â

I couldnÃ¢â‚¬â„¢t quite argue. Beauty is most certainly in the eye of the beholder, and yet even I had to admit this thing was hideous.

END_OF_DOCUMENT_TOKEN_TO_BE_REPLACED

ItÃ¢â‚¬â„¢s funny, but thinking back, Mark McGwire was very much a part of my life growing up.

END_OF_DOCUMENT_TOKEN_TO_BE_REPLACED

Another set of lists as part of our friends at Trumbull IslandÃ¢â‚¬â„¢s Year/Decade-ending Top 10 list hysteria. Here are the Top 10 coolest athletes of the decade, and the Top 10 least coolest athletes. IÃ¢â‚¬â„¢m sure IÃ¢â‚¬â„¢m missing some, but I think itÃ¢â‚¬â„¢s a pretty good primer. I think youÃ¢â‚¬â„¢ll see Nas is generally a good barometer here. Feel free to let me know some other guys I missed.

END_OF_DOCUMENT_TOKEN_TO_BE_REPLACED

After the Yankees won the World Series on Wednesday night, Alex Rodriguez spent some time gleefully saying that he was now Ã¢â‚¬Å“just one of the guys.Ã¢â‚¬Â That he had earned his pinstripes, so to speak.

This, to me, is wishful thinking on A-RodÃ¢â‚¬â„¢s part. His salary, his very public personal life, hisÃ¢â‚¬Â¦ interestingÃ¢â‚¬Â¦ personality Ã¢â‚¬â€œ none of these dictates someone who will simply blend in.

So if heÃ¢â‚¬â„¢s not that, what exactly has he become?

END_OF_DOCUMENT_TOKEN_TO_BE_REPLACED

HereÃ¢â‚¬â„¢s the long and short of it: If you go see Michael Vick play this season, youÃ¢â‚¬â„¢re probably going to have some dog biscuits thrown at you.

At least thatÃ¢â‚¬â„¢s my experience.

VickÃ¢â‚¬â„¢s traveling circus came to my home state on Thursday night, a few hours after Warden Goodell reinstated him for Week 3, and regardless of how good he still is Ã¢â‚¬â€œ he was iffy against the Jets Ã¢â‚¬â€œ heÃ¢â‚¬â„¢s a bigger star now than he ever was before the dogfighting debacle.

END_OF_DOCUMENT_TOKEN_TO_BE_REPLACED 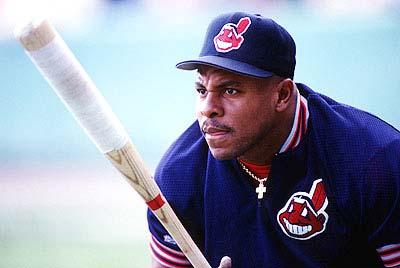